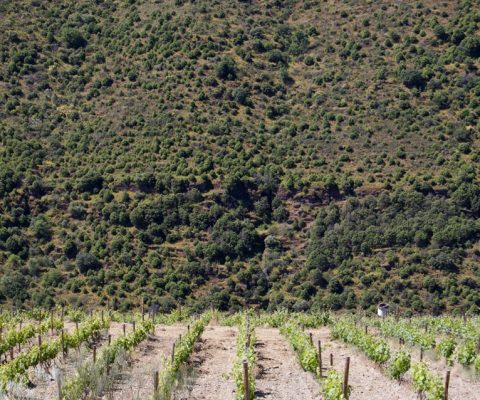 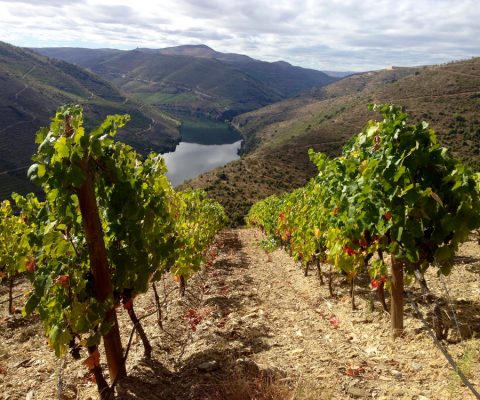 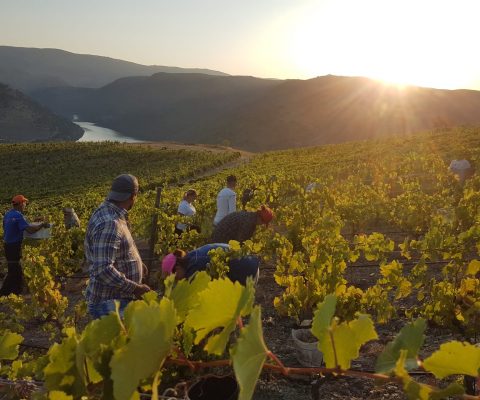 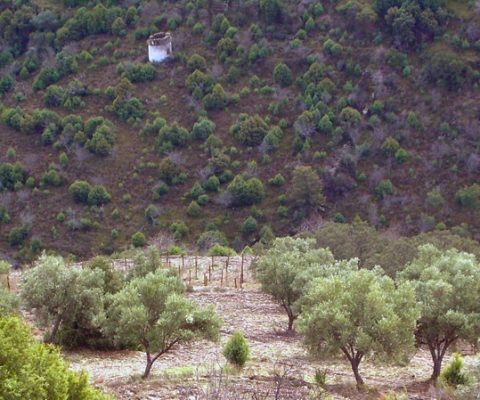 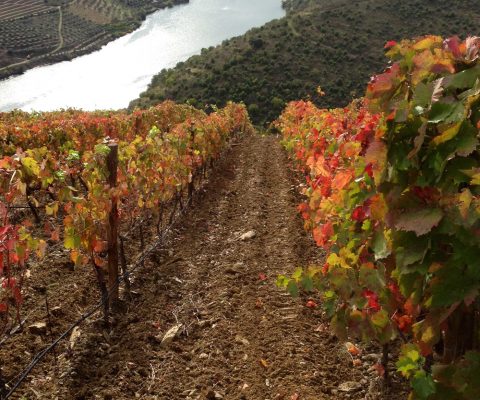 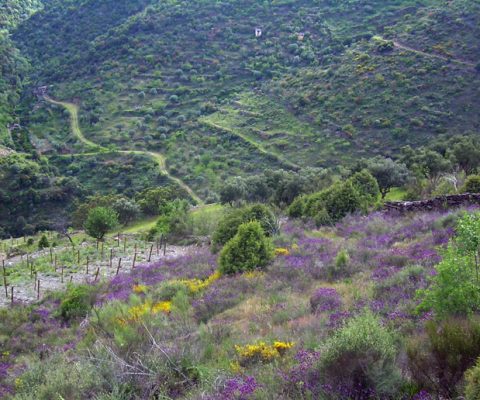 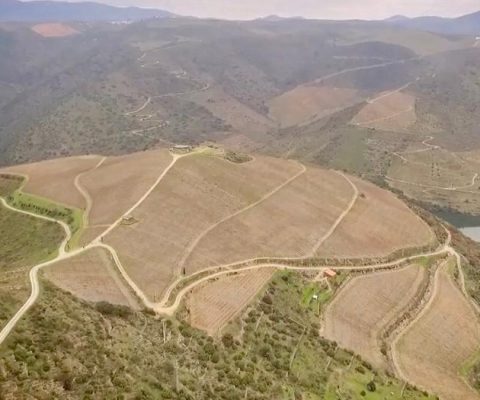 The Quinta do Monte Xisto is located in the Douro Wine Region, in Vila Nova de Foz Côa on the left bank of the Douro River, concretely in the sub-region of Douro Superior. The Quinta covers 40 hectares, with only 10 reserved for vines. It was always clear to the family that maintaining the biodiversity of the terroir was of fundamental importance, as much for the vines themselves as for the region. “We are part of a whole, and it is in that whole that we sought to integrate our project.” For these reasons, they choose to work in organic farming using principles of biodynamic agriculture.

And so to work! A true hill of schist to work for the plantation of vines, which in order to survive must embed their roots deep into the ground, seeking a regular source of water. It is, however, this very struggle for survival that produces grapes with such a strong and unique personality.

But how to grow the vineyards, which grape varieties? João Nicolau de Almeida was a pioneer in vertical plantation in Douro, as well as in the study of the grape varieties. The family opted for this kind of plantation with various levels of exposure and altitudes, between 220 and 320 m, in order to permit a blend of warmer and cooler zones. The Douro River usually flows from east to west, providing northern or southern exposure. At Quinta do Monte Xisto, the river flows from south to north, a rare situation in the region which makes south and north-facing vineyards possible.

The selection of the varieties was not only based on a knowledge acquired over many years, but also on the diversity afforded by the land and on the principle of absolute respect for the Douro culture, and for the specific terroir of Douro Superior. The red varieties include Touriga Nacional, Touriga Francesa, Tinto Cão, Tinta da Barca, Tinta Francisca, Souzão and Roriz. Rabigato was chosen as the white variety. They were planted in separate parcels, except for one parcel where the varieties were mixed, in the traditional Douro fashion.